Why Happiness at Work is a Smart Business Move

Imagine the things that fill you with sheer, unadulterated joy. Is it sleeping in on a rainy day, getting sun kissed on the beach, or dancing in the kitchen? Although everyone’s “happy list” differs, there’s one thing we would all probably omit – work. When it comes to business and serious vocations, one’s emotional wellbeing tends to be put on the back burner. The office is seen as a frigid environment, and the employees as machines. In here, it’s all about the turnover.

For a good eight hours every day between the time we clock in and clock out, the person behind an employee is almost completely ignored. According to the 2014 National Workplace Happiness Survey, the average worker in Singapore is “under happy” – neither happy nor unhappy, but falling in between – with a score of 59 out of 100 on the Overall Workplace Happiness Index. Most companies may not see the value of paying attention to their staff’s emotional needs, but there are massive benefits to making employee happiness a priority.

The Benefits of Employee Happiness

In “The happy secret to better work”, a 2011 TED Talk by Shawn Achor, the American happiness researcher shared, “Your brain at positive is 31% more productive than your brain at negative, neutral or stressed.” Three years later, the University of Warwick came up with new, supporting data, which confirmed that feeling happy boosts one’s productivity by 12%, as opposed to the 10% drop that glum workers incur.

Another survey by iOpener Institute found that employees in better moods spend 80% of the workweek actually doing their jobs, while the unsatisfied ones only work 40% of the time. In other words, depressed individuals spend merely two days (out of the supposed five) doing actual paid work. Your company could essentially be paying people to do nothing for 100 days every year.

2. Growth in creativity and problem-solving skills

Without any negative energy clouding the mind, happy people think better, and are thus, more creative. And this isn’t just speculation. A research team from Harvard Business School, headed by Professor Teresa Amabile, discovered causal links between feelings of love and joy, and creativity – a trait that is crucial in effective problem-solving, that is, coming up with novel solutions and developing ideas that work.

Needless to say, everyone enjoys being around optimistic, cheerful people. And it’s no different in the workplace. Here’s why it’s important: Getting along with your colleagues, and having social support in the office help you do better work. These relationships motivate you to work harder, allow you to seek encouragement and assistance easily, and give you a pretty solid reason to show up for work every morning.

Based on a study published in 2015 by researchers from the University of Central Florida, positive affectivity resulted in an 11% variance in leadership effectiveness. This basically means happy workers make better leaders. More specifically, positivity is a strong indicator of successful leadership. Alexander Kjerulf, the creator of Woohoo Inc., expressed similar sentiments, believing that cheerful employees are better at time management and decision-making, both of which are vital skills to be a proficient leader.

All this adds up to higher quality output by employees, and, coupled with productivity on steroids, leads naturally to more profit – a win-win situation for all.

How to maintain workplace happiness 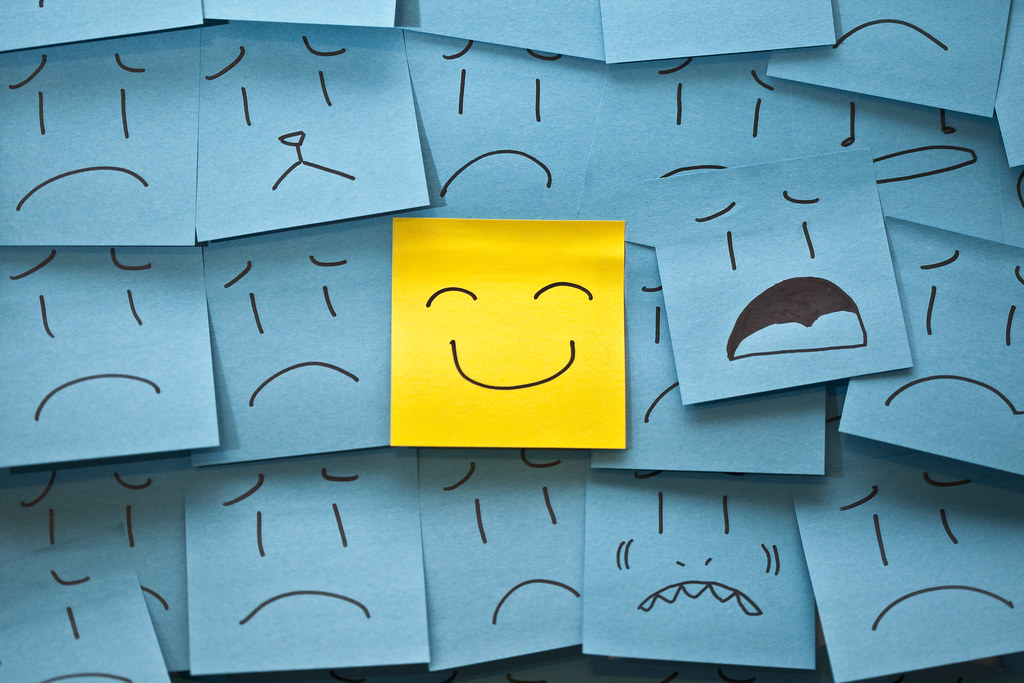 There are multiple layers of emotional satisfaction and psychological needs, the most basic of which are the things that sustain life itself – food and water. So keeping the pantry stocked would be the first step. Large, wealthy brands have resorted to offering employee perks, enticing paycheques, and a workspace that’s the stuff of dreams to attract and retain top talent.

Lucky for you, you don’t necessarily have to do the same. Besides these material treats, employees value being respected and treasured in the workplace as well, and perhaps even more so. As such, managers have to be tuned in to the wellbeing of the staff by maintaining open, communicative relationships with them. Providing positive feedback and encouragement on a regular basis works best to put your subordinates in a better mood. A few simple words (to the effect of “good job”) goes a long way. In fact, thanks to the carryover effect, the delight of being praised can last up to two days.

But for the ultimate game-changer, allow your employees some time off to pursue their own passions and develop new ideas for the company. Somewhat akin to having shower thoughts, this process (adopted by 3M as early as 1948) was where some of the most ingenious designs and products materialised – masterworks like Post-It Notes, Gmail, and Google Earth.

The bottomline is, if you don’t want to kill your business, don’t turn your office into a nest of Debbie Downers. Here’s to the pursuit of happiness!